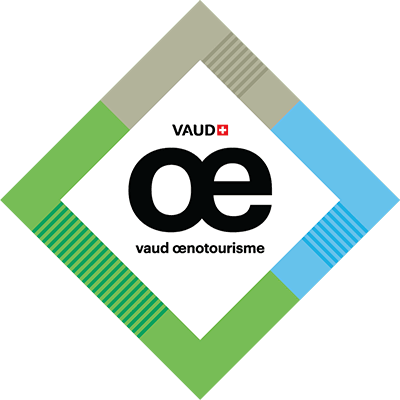 The expression
of our vineyard parcels

Our estate in Dézaley-Marsens is at the heart of the Lavaux appellation, and our vines surround the 12th-century Tour de Marsens. In 1166, the Bishop of Lausanne granted this land to Cistercian monks who planted and moulded this hillside by hand.

This terraced vineyard has a steep slope that looks out over the lake and mountains. It therefore benefits from the “three suns” effect: direct rays from the sun, reflection from the lake and heat stored in the walls.

The ancient village of Glerula (from the Latin glarea, meaning “gravel” or “coarse sand”) disappeared in 563 AD when a mountainside collapse sent a tidal wave crashing against the banks of Lake Geneva. Bishop Marius ordered Glerula to be rebuilt higher up on the site of Saint-Saphorin village, an homage to the patron saint of his church, “Saint-Symphorien”. Only the castle retained the Roman name of Glérolles.

Legend has it that the keep was shortened in the 19th century because it cast a shadow over the adjoining vines. In fact, the central tower was cut by 12 metres during construction of the railway because the trains threatened to damage the structure. This anecdote does, however, demonstrate the close ties that exist between the tower and its surrounding vineyard.

The Château de Glérolles’ vines are part of the Saint-Saphorin appellation in Lavaux. The vineyard covers almost five hectares (50,000 m2) and has steep slopes that descend into Lake Geneva. The arid nature of the soil forces the vine stocks to dig deep to source both the water they need for growth and the other elements that lend the grapes their floral, fruity and elegant flavours.

The Baussan wine estate has a long tradition of winemaking. Its Bernese-era house, surrounded by vines and with its large roof and stunning timber-framed façade, is a proud symbol of this heritage. In its gravel soil we grow grape vari- eties that produce smooth, fruity and well-balanced red wines.

For generations, the saying has gone that “Baussan fait bon sang”, or “Baussan makes goodness”.