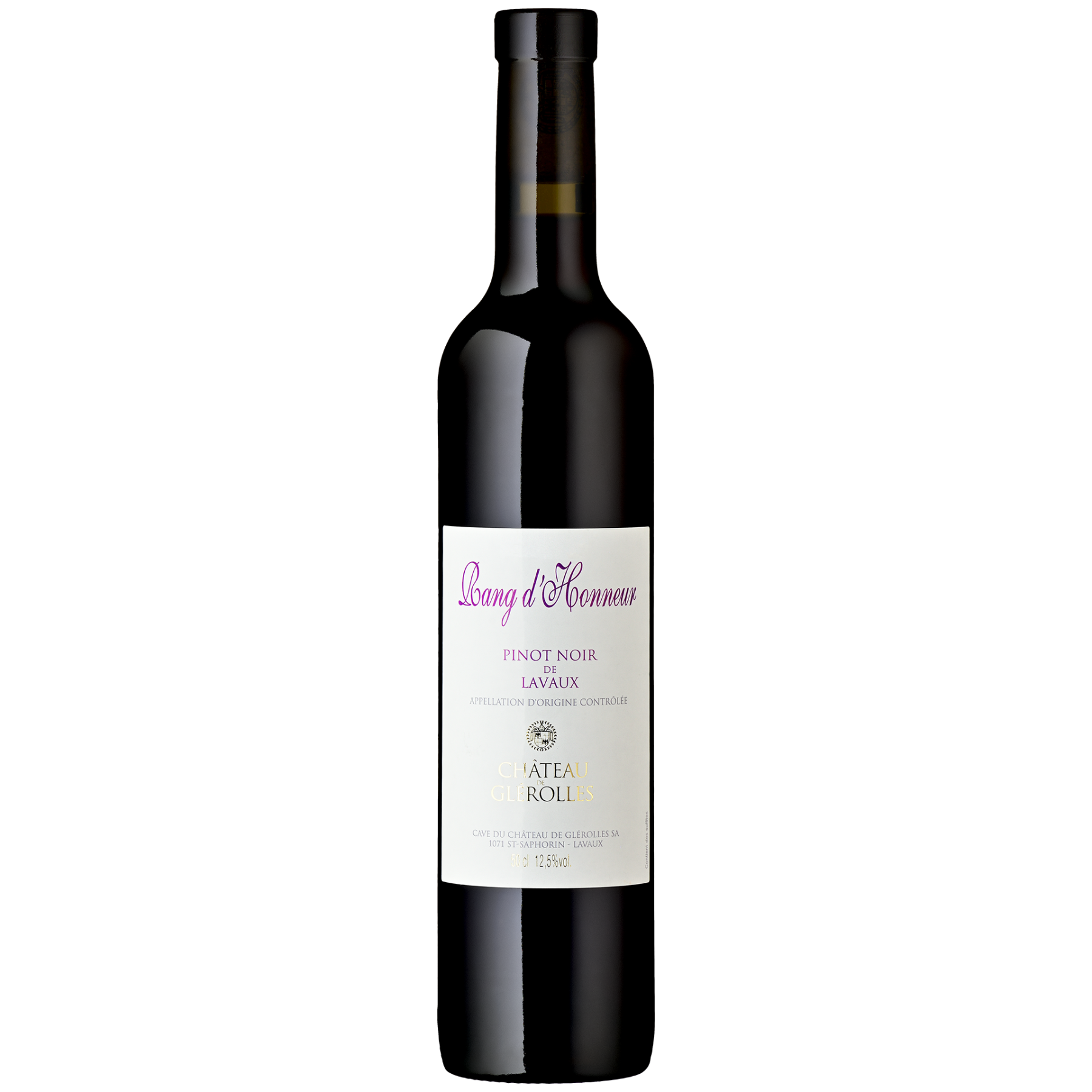 A wine with plenty of finesse and typical of this grape variety with aromas of red berries, including strawberry and cherry. Well-rounded with silky tannins and the perfect wine to serve with food.

Legend has it that the keep of Château de Glérolles was shortened in the 19th century because it cast a shadow over the adjoining vines. In fact, the central tower was cut by 12 metres during construction of the railway because the trains threatened to damage the structure. This anecdote demonstrates the close ties that exist between the Château and the vineyard.